The capital of the historical province of Banat, Timișoara is the residence of Timiș County and the cultural and economic centre of the western part of Romania. With a population of 306,462, the city crossed by the Bega River has long maintained its reputation as a western, cross-border, young and entrepreneurial city.

The city was built over an ancient Roman fortress, and the first documentary attestation dates back to the 12th century. Timișoara owns the largest ensemble of old buildings in Romania, consisting of the urban ensembles of the Cetate, Iosefin, Elisabetin and Fabric neighbourhoods. The varied architecture, the influences of the Viennese Baroque and the multitude of parks have earned Timișoara the reputation of “Little Vienna” and the “City of Parks”.

Between 1880 and 1914, Timișoara was the most important industrial, commercial, financial and cultural city in the region, admired for its artistic excellence in music, literature, painting, sculpture and architecture, as well as for its technical and scientific innovations.

Even before 1989, in the middle of the Cold War era and a totalitarian political regime, Timișoara was considered an experimental and ingenious city, where conceptual art Sigma Group and the rock band Phoenix started. It was the only place in the country where artists were performing in public spaces.

It is a multicultural city, influenced by various ethnic communities, especially Roma, German, Hungarian and Serbian, but also Bulgarian, Italian and Greek. Also, Orthodox believers, Catholics, Jews, Protestants, Lutherans, Reformed, Muslims and other denominations practise their religion in harmony. InTimișoara, the meaning of the word “tolerance” has evolved to “fraternity”.

Timișoara is an important intersection of destinations in Europe, with seven major capitals in Central and South-Eastern Europe within a radius of 600 kilometres: Belgrade, Budapest, Bratislava, Vienna, Zagreb, Skopje and Bucharest. It is also an important railway centre, while the Bega Canal is the oldest navigable channel on the current territory of Romania. 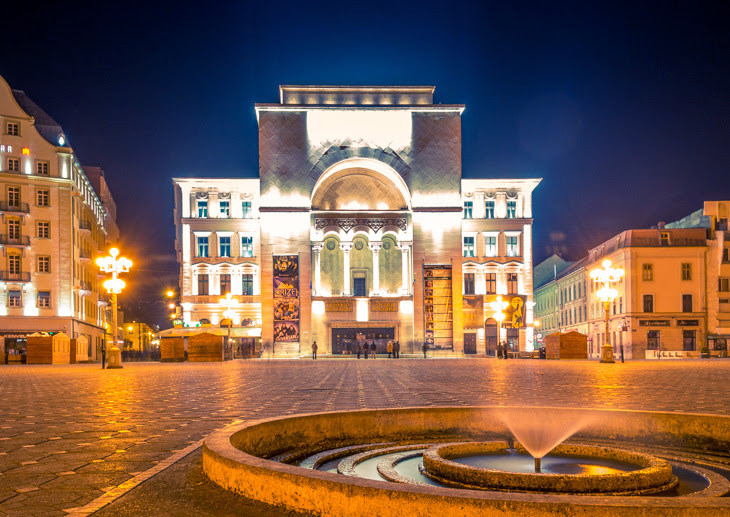